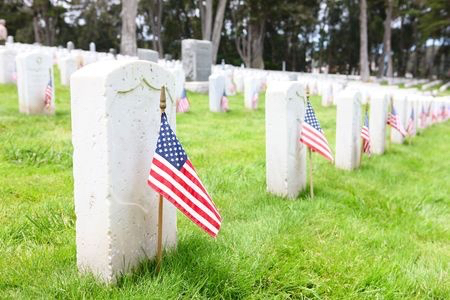 As we prepare to celebrate Memorial Day this weekend – a happy family holiday that for many marks the unofficial start of the summer – I have been wondering what Memorial Day is really about.

Is it about grilling food outdoors with friends and family? Is it about making a family trip to the beach? Is it about watching sports? Or is it about something else altogether?

Wikipedia tells us that Memorial Day is a Federal holiday honoring members of the United States Armed Forces who have died in war or while otherwise serving their country1. It began as Decoration Day in the years following the Civil War, because on this day, the living would honor the Civil War dead by decorating their graves with flowers. Memorial Day became an official Federal holiday many years later in 1971.

On the first Decoration Day, May 30th 1868, General James Garfield made a speech at Arlington National Cemetery, and 5,000 participants decorated the graves of the 20,000 Union and Confederate soldiers buried there. This tradition has endured, and today, a single American flag is placed on every single grave in the Cemetery on Memorial Day.

More recently, the “National Moment of Remembrance Act” was passed in December 20002. The Act asks that at 3pm local time on Memorial Day, for all Americans “To voluntarily and informally observe in their own way a moment of remembrance and respect in honor of the men and women of the United Sates who have died in the pursuit of freedom and peace”.

So this coming Memorial Day, however you choose to observe it, you have the option to join many others, and to pause for a moments silence at 3pm to pay tribute to those who have given their lives so that the rest of us can enjoy ours.